For a brief moment, the world, and more specifically the Georgian people were given the briefest of hopes that for the first time in their post Russian imperial period, Georgia may finally experience a peaceful hand over of power.

With Saakashvili, the Genocider's United National Movement's defeat in the previous elections by the Georgia Dream Coalition, Saakashvili seemed to accept defeat and gracefully step aside. Even though he is president until the next elections in 2013, when he must resign, most of the power, in 2013, will be transferred to the prime minister, who has no limits on his terms. Saakashvili obviously planned on taking the "lower" position of prime minister, to whom he and his cronies had transferred all the power.

The War Criminal, and Washington's/Brussels' chief local ally, went on to declare "We have handed them more powers than was envisaged by the Constitution because we want them to be able to govern and to deliver on those promises.." in reference to the power shift he himself had orchestrated.

With the party's defeat in the elections, however, the new role and thus the power, went to his enemy Ivanishvili. Lest we forget, in a Washington backed move, Saakashvili went so far as to strip his opponent of citizenship, in a bid to keep him from running. There's Western democracy for you.

However, this stepping aside and acknowledging defeat was and is only a time saver to the single aim of retaining all the power, the money and DC aid. The powers of corruption and evil have not been idol.

Without a word from Washington, which in truth loves tyrants and megalomaniacs, as long as they are happy selling out their people's interests for those of Washington (see Morasi's grab for power in Egypt or the dictatorial rule of Erdagon in Turkey), Saakashivili has created an extra legal military organization, loyal only to him. A private army of NATO trained killers was signed into existence by dictatorial decree on 21 November, that established a "special paramilitary body of executive government directly subordinate to Georgia's President".

Further steps were taken, within a week of the defeat, with the Saakashvili clan controlled utility companies shutting off power and gas to whole regions of the country and blaming it on the new government, while Saakashvili controlled unions promptly started strikes to disrupt the under developed economy, even as hypocritical EU pseudo-tyrants were reading Ivanishvili the riot act for arresting corrupt Saakashvili clan members. Where is the Magnisky act for the Genocider's comrades? Oh, that's just for Russia, sorry.

Saakashvili laid out his aim/plan when he stated "I've been with my people in peace, war, hardship and during rebuilding and I will not leave my people in times of danger either." Outside of the fact that it was he who started the war and created the hardship and thus had to force the rebuilding, with American taxpayers' monies, what danger is he speaking of?

Surrounded by his band of thieves, including his mother, the most wealthy woman in Georgia, and his own US/EU approved of, funded and trained mercenary army, it is only a matter of short timing, before he sparks an incident to give himself the reason to grab all the power once more and re-rewrite the constitution and thus fulfill the Georgian tradition of each democrat becoming a genocidal tyrant using all resources to stay in power.

That this will pull Russia, Turkey, Armenia and Azerbaijan into the war, is doubtless. That this will risk the finally dissolvement of Georgia, is equally doubtless....but the danger is worth it to this Washington puppet. After all, he's always got the law degree in NYC to fall back on.

Russia In Prophecy, Christ is Calling

In the days since the US elections, days that have raised the questions of its validity, many interesting things have emerged, one of which is the incredible naivety and misunderstanding of what is being dealt with.

Against a back drop of massive fraud insinuations, with some counties registering up to 144% of their adult population voting for President Obama (and anyone has the gall to criticice our voting?) and mass layoffs, a new issue has arisen.

It would seem that the American White House, on its internet, has opened a series of petitions for people, in various states, to sign for secession of their states from the Federal America.

I am not sure what is more amazing about this, that over a million people, the majority in the Old Confederacy, have signed these petitions and that the lists keep growing or the fact that anyone is naive or silly enough to sign this. In short, such an act is the height of stupidity and self destruction.

In a pseudo police state, that has proven itself willing to go after its citizens, this not simply paints a target on one's forehead, it lights the siren above one's head. And there are many ways to retaliate: black bans on public transportation, tax ministry visits, bans on certain jobs, etc. Not to mention that all of these people can easily be prosecuted for treason and some on the American left are already calling for mass deportation of these people and their families. And besides, it as if a government such as the United States would ever grant secession peacefully. This, after all, is not the United Kingdom with its Scottish headache.

One of my close friends, a man whose grandfather served with General Deniken, in the war against the Reds, told me an interesting thing. As he was reading his grandfather's writings, letters and diaries, he was struck by how much the officers and men of the Tsar's armies, the Whites, fighting the Reds, misunderstood their enemies. These were men raised on honour, raised to hold their word, to maintain their image of righteousness by doing as they said. Their enemies had no such compunctions. Their enemies, the Marxists, had no honour, no understanding of honour or need of it. They were and to this day, morally dead. These man had no flavour for morality, as they were creatures of the Devil as are their modern equivalents.

As Sun Tzu, thousands of years prior, noted: those who do not know their enemies, will face defeat. As with those who gave their lives in the fight for the Tsar and for Orthodox Russia, so to those who see themselves as patriots for their states/confederate freedom, will give their lives because as those before, they do not understand with whom they are dealing.
Posted by Stanislav at 7:32 AM 9 comments: 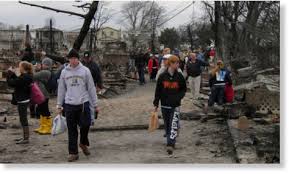 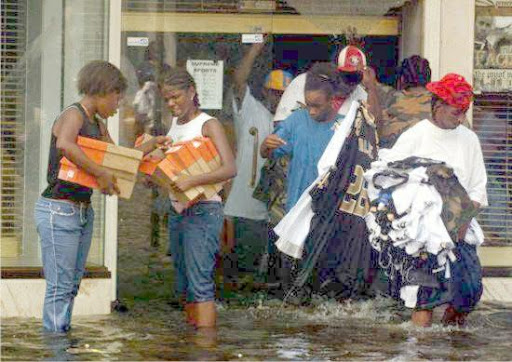