US the Evangelist of the Anti-Christ 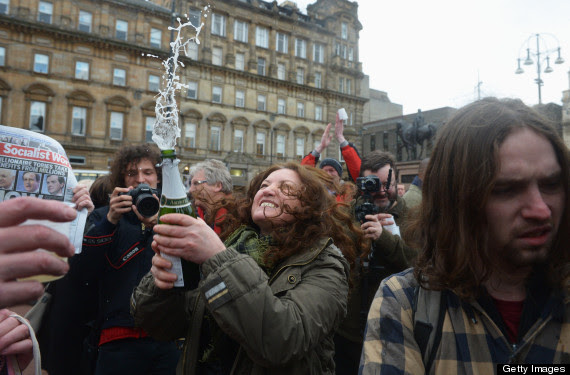 This famous saying by Calvin Coolidge along with the God Father's "Its nothing personnel, just business" are the two summaries of the American psyche.

While in the short run, this may work for a society, that is, until of course 1% owns everything and the land is prepped for Leftist revolution, in the long run it is a disaster for everyone involved with that state.

When a people are concentrated only on money, on getting their's, on hitting it big, there is very little room in their lives for other, useless pass times and emotions. Such pass times and emotions are the Christian Faith (Americans have even created a doctrine of the rich, where it is said that God wants Christians to be rich, not in the spiritual sense but in cash and goods...now send us your money and we'll pray for you to get stinking rich), other things lost or discarded along the way are: honour, dignity, spravidlivost (there is no direct English translation that really encompasses this word and what it means). Along the way is lost the concept of the team, of pulling up those around you and counting on them to have your back, thus friendship is only valuable while serves some function and family is not something you build your life's bed rock on.

While many readers will say that this does not describe them or is the product of their elites, I say bunkus. First of all, dear readers, when a population is absolutely armed to the teeth, the leaders that sit in power sit there because the people do not mind them sitting there. While the so called conservatives bemoan the loss of family or God, they do absolutely nothing to stop it. Where are they in the streets?

American pass time is to laugh at the French, yet when the French government started pushing through gay this and gay that, the French Catholics and Conservatives burst into the streets, even fighting with the police. The French by and far have much more fight in them in than Tea Party group or the whole bunch combined. Why?

Simple really. Speak to any "conservative" American and he will tell you: unlike those hippies and such, I have to work. That goes back to the Business is Business quote. A conservative American is only conservative so long as it does nothing to get in the way of his pocket, earning his cash and buying his toys. His convictions are a thin veneer to make him feel better about his worship of the material over the spiritual.

This equally applies to the American Left whose great en-devour is to "earn" other peoples' things and money. Just as morally bankrupt as the "right".

And what of the American churches? They sold out a hundred years ago to the god of Cash and Tax Exemption. Why do you think, dear readers, for those of you who have ever traveled into an American village of some 10,000 souls and there are 50 churches? Its a money making venture, nothing more. Most American "priests" barely have an understanding of God's word. Sure they have memorized the scriptures, but like empty pagan rituals, they spit them out while serving Lucifer and earning off of the speech making.  They sell the modern version of forgiveness to their flocks, who then go out and do what ever they feel like, while rationalizing everything away...."well I sing in the chorus".

And the priests themselves are fallen angles who when caught make remorseful confessions and such and the people do not just forgiven them but always fail to hold them to a higher standard.

This is seen daily in America's relations with its allies. The understanding of ally between the Anglos and especially the American Anglos and that of the Slavs, especially the Russian Slavs, is one of day and night.

In our ancient times, if my guest left my stronghold and went to stay with my neighbor and my neighbor insulted them, I would be honour and spravidliva bound to gather my clansmen and wage war on my neighbor for my former guest's honour.

To our allies, we go to war for them, be they Serbs or others. The Americans view allies as vassals, to be maintained as long as there is a profit and then ditched, murdered or captured as need be, as long as the next guy is just as much in their pocket. The list of the abandoned is hundreds long, just like Michael Saakashvillie just learned. He who started a war for the Americans and threw 3,000 Georgian soldiers under Russian tank treads, has just found out the truth of the matter. Before him was his own predecessor Shevernadze. Others recently were Yushenko, Tomoshenko and their former boss and rival Kuchma. In short the list is very long stretching 230 years.

It is of course sad to see that so many of our own people, who finally abandoned the American/UK/German imported godless Leninist Fascism and Stalinist Communism  have fallen for the latest Western craze, the Third Way Socialism. Slowly that realization is coming to fruition in our land, that this is just as much a short sighted decision as the previous Western import.

But regardless, there are two real world models, ideologies, one would say, that are now fighting it out, even if not in a full hot war: American "Business" and Russian "Spravidlivost". One is grounded in a godless pursuit of profit over everything, just as radically insane as the Marxism it also spawned, with the Lincoln Republicans, and the other grounded in Christ and Honour.

Nations of the world: which will you choose?
Posted by Stanislav at 2:01 PM 8 comments:

A Modest Proposal: Or Fight Hypocrites With Their Own Weapons

Once more we find ourselves facing the typical Western hypocrisy, an endless stream of do as we say not as we do.

The Anglos love to read us poor white apes lessons on the rule of law and justice. They go to great ends to make their endless, self righteous morality speeches. But do they follow them themselves?


What am I speaking of, this time, dear readers? Why the news of the latest Russian "political" refugee from Russia to London:  Mr Andrei Borodin, the former head of the Bank of Moscow. Why did this gentlemen suddenly discover that he is at odds with President Putin? Well there is that little matter of the $40 billion that the bank "lost" for its depositors and that had to be refinanced from government funds.  Deloitte & Touche auditors stated that "actions of the former Bank of Moscow management caused significant losses within the bank."

Luckily for Borodin, he had more than a billion of that sum stashed away in his own overseas accounts and was able to land comfortably in his new homeland, to the tune of a $210 million house. Yes, this is the face of the common British refugee, a filthy rich, filthy crooked bastard running with hundreds of millions if not billions of dollars of other people's monies.

Well, I have a modest proposal for dealing with America and Europe: fight fire with fire. Lets allow all the tax "criminals" of the West to settle here. First transfer a down payment of at least $500K, no questions asked, than just make it to Russia and our PR machines will work over time to make you an angle (considering the thieves in the Liberal Democracy governments, you probably are). You will automatically gain asylum and the more you transfer in, the stronger our defense of you. Luckily we are not as cold hearted as the various Western thieves, to demand tens or hundreds of millions as down payment.

I am sure that the government mouth pieces in the West will miss no notes in screaming about those corrupt Russians, defending thieves, all the while ignoring the Red Woods in their own eyes, but hay, what's good for the corrupt Goose is just as good for our Gander.
Posted by Stanislav at 3:24 PM 3 comments: