The British Crimes Against Humanity

We Russians are often read the riot act on being barbarians and anti-humanists and so on, by a host of Western countries. We have been hearing these morality lectures for the better part of the past 200 years, to the point where this is the routine approach to any conversation that the Western regimes have with us "subhumans". But let us shed the light on the true histories of these mighterier and holier than thou regimes of the West and see what if any ground they have to stand on.

We will be begin with the "colourful" history of the English, who over the past 200 years have spilt more human blood then many a murderous "subhuman" or "barbarian" nation could ever dream of.

This list is not comprehensive, but lists and examines some of the louder and in their time, more sensational cases of British brutality.

So again, what have we to learn from these "humanitarians"?


Aden Torture Prisons (1960)
In order to continue controlling the Aden port that the British ruled, the UK military openned numerous torture prisons in 1960. These were used to brutally abuse and murder the Arab population seeking independence from British colonial rule. Even though the story was broken by Amnesty in 1966 and caused global outrage, the British kept right on at it. They did apologize of course. Apologized, but did not stop.

Cypriot Tortures (1955)
When Cypriot insurgents began a bombing campeign in order to free their lands from British colonial rule, the British responded with torture of the Greeks. Over 3,000 people passed through these prisons. Many were kept for up to 15 years and many were summerly executed.

Kenyan Concentration Camps (1950)
When waves of rebellion and demand for independence swept the British colonies in Kenya, the British response was typical: round up 1.5 million people into concentration camps. The British slogan was "labor and freedom"...now where have we heard that before? Torture, executions and working to death led to the deaths of tens of thousands. Brutallity and torture were the English way.

Terror Bombing of German Cities (1941-1945)
During these years, the allies, in this case, the British and the Americans, led a murderous campeign to exterminate the German race. Six of the eight million German civilians who died during the war were killed by terror bombings, which over a period of 3-4 days of waves of heavy bombs (about 1/4th of which had detonators set to explode up to months later), fire bombs and anti personnel bombs, would reduce any city to a burnt ruin. This however, had minimum effect on German war production, which continued to climb to the very end of the war. A total of 61 cities with a combined population of 25 million were laid to ruin.

As for crimes against humanity, those governments which ordered the destruction of German cities, thereby destroying irreplaceable cultural values and making burning torches out of women and children, should also have stood before the bar of justice.
Hon. Jaan Lattik, Estonian statesman, diplomat, historian.


Iraqi Rebellion (1920)
The newly independent (from Turkish rule) country of Iraq was given as a protectorate to the British. The population quickly tired of British colonial rule and its puppets in Iraqi power and started rebelling. The British responded with night time aerial bombings. When that wasn't enough, chemical weapons were used. Whole villages were also burnt to the ground. This lasted for over 5 years.

Burning of Cork (1920)
In response to an IRA ambush, during the Irish War of Independence, that killed one British serviceman, the British put Cork to the torch, destroying over 340 residential properties and causing over 120 million Euro (in today's monies) of damage. Firefighters were hindered from doing their work.

Amrisar Massacre (1919)
It was 1919 and the population of Amrisar India came to the British government buildings to hold a peaceful protest against British colonial rule. They gathered in the local gardens, where British troops then blocked their exits and openned fire. Within ten minutes almost 1000 men, women and children were butchered by the English. Hundreds more were killed in the stampede and another hundred drowned in the well, seeking cover form bullets. Several thousand more were injured.

When the Boers discovered gold, the British stopped ignoring the two Belgian republics and decided to move in. The Second Boer war was the more serious of the matter. The Boers fought as light cavelry and rode circles around the British columns, shooting down the British. Unable to pin the Boers down and destroy them, the British went after their families. Thus were the first concentration camps born. Ten percent of the Boer population were murdered in these camps, amongst them 22,000 children. To make matters worse, the British rounded up and worked to death some 20,000 Africans who happened to be in the area.

Chinese Opium Wars (1839-1842, 1856-1860)
Who has been the world's biggest narco-kingpin....well she was actually a queenpin, Her Imperial Majesty Queen Victoria, whose government ran opium into China and dumped it there in an attempt to create a huge drug population and destroying and subjugating the Chinese. The Chinese were defeated in both wars, for trying to force the British to stop shipping in opium. In defeat they signed the Nanking protocol which gave the British free reign to bring in what ever they wanted: aka opium.

Genocide of the Koori on Tasmania (1830)
The British led a military expedition to wipe out the entire population of teh Koori population native to their Tasmanian possession. This period was known as the Black War. Over 1000 of the locals, or the majority of the population, were exterminated. A line of 2200 British regulars and civilian volunteers formed a line driving all natives on the island forward or killing them.

Some other pictures of British colonial rule. 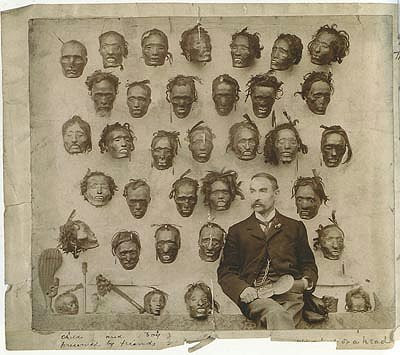 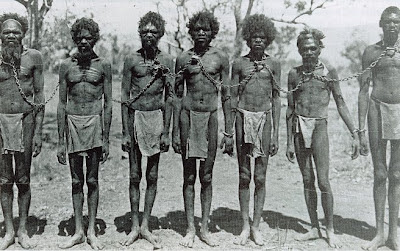 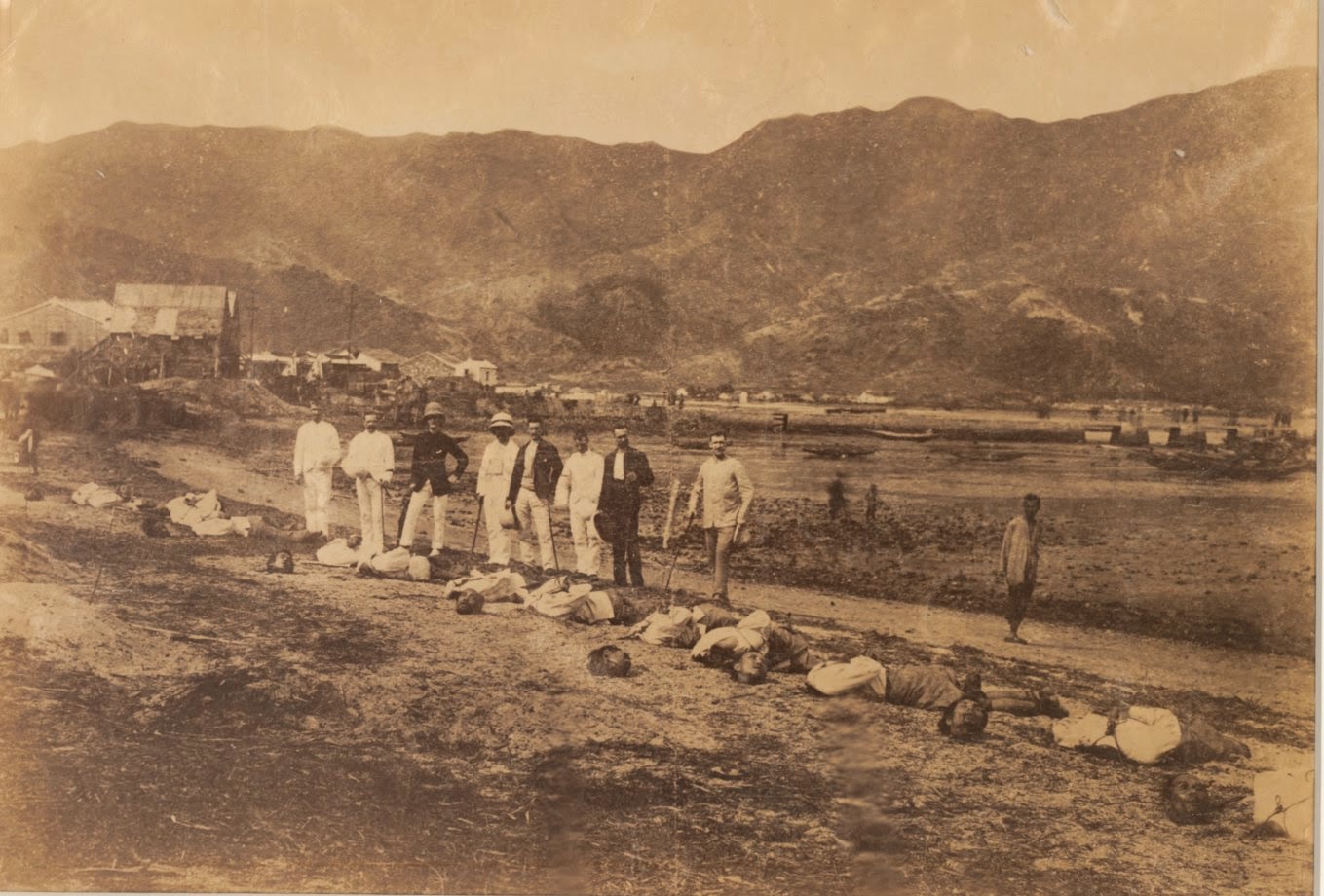 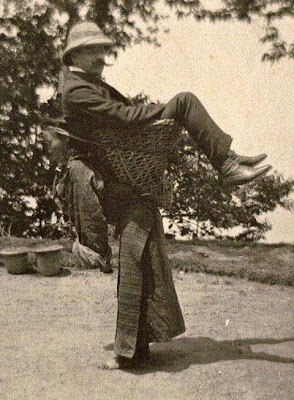 It is good to have the truth exposed about the atrocities committed on this earth. Perhaps it will so offend the sensibilities of Christians that they will take a serious look at the prayers in the Bible against the wicked and pray them!
Ps 11:6 'Upon the wicked he shall rain snares, fire and brimstone, and an horrible tempest: this shall be the portion of their cup.'
Ps 59:5 'Thou therefore, O Lord God of hosts, the God of Israel, awake to visit all the heathen: be not merciful to any wicked transgressors.'
The Bible - from Genesis to Revelation is full of prayers against the wicked, murderers, kidnappers, to be prayed to God. He has given mankind dominion in this earth so lets make use of these weapons of our warfare and take it!

Thank you for including The Boer War in your list Mat. In the tempests that rage across this blighted world of ours, my small country and its tribulations are largely ignored (now that the world's liberals have achieved their black rule here). As a percentage of the Boer population, the 27400 deaths in British concentration camps was a far far larger figure than the Jews allegedly suffered in WWII. That loss of genetics damaged the future growth of the Boers from which we never fully recovered.

May a just and righteous Lord Jesus Christ have mercy on His children in a world gone mad. But, all will come to pass as it is written in the Bible.

It is worth mentioning the complicity of the Rothschild bankers along with Queen Victoria who instigated the Boer war using Lord Milner after the failure of Rhodes and Jameson to foment an 'Uitlander' revolution in the Transvaal.

It was all done with a perfectly clear conscience using con science, that is, Darwinism-Marxism. The secret of Darwinism is plain to see in the title of his opus, particularly the second part.

Substitute class for race and one has the ethos of Marx's "Scientific Materialism".

Excellent synopsis of the jolly old British Empire. Next you should publish the crimes of the Canadians (don't forget the whitewashed genocide of the native Indians and their children in Canada's residential schools) and the Americans (rest of world). But never forget that the US and Canada are STILL British. That's why I'm a Quebec separatist despite being an Anglophone; I'll never pledge allegiance to anything British.

No one is looking good right now. One is left to wonder how it will end?

Worse? The moods - they seem contagious...easily crossing national lines. How in the hell does it ever get stopped when "everyone" is the victim?

You can't talk people nice. Best you can do is eliminate power imbalance. Ie...you aren't gonna shoot at people when they might shoot back. Grumbly stalemate.

But what to do about governments and their hi-tech toys? :(

As long as men/women follow any god instead of their conscience there will not be peace. Especially if their god is gold.

The history of the british is really the past atrocities commited by the controlling elite carried out by influenced british people. These people are victims themselves of both brutal and subtle control by military, royals and bankers. It isthe same today as we in uk are subject to anti Putin bull shit by the elite controlled media. Russian, ukrainian, chinese, american, european,whatever it does not matter. If we loose our humanity then we become tools for the elite to pursue their agendas.

Look for the Jew behind the curtain

When you say "The English" do you also include us English plebs that also fell under the boots of the establishment? My father and his fathers father also suffered at the hands of these power mad despots! THOSE TO BLAME ARE THE BANKERS THE ROTHSCHILDS THE ROYALS THOSE THAT SEEK THE NWO there the ones to blame, not the average Englishman who suffered as well from these poor buggers!!!